Many warehouses, commercial buildings, and industries rely on PBR or “screw down” metal sheeting for economic roofs with superior hurricane resistance. PBR panels are attached close to roof decking, or steel purlins. Island Industries’ PBR systems are precisely engineered for use with our exclusive Lock-RivetTM fasteners. The durability of our metal roofs rely on the performance of each sturdy coupling. Here are some of their benefits.

Our premium fasteners are all-aluminum so they never corrode. Most screws have a steel core plated with inexpensive zinc, or sometimes stainless steel. As the coating weathers, the steel core rusts quickly, causing leaks and compromising the integrity of the roof. Lock-RivetsTM are also compatible with PBR Galvalume sheeting, so the metals do not react with one another.

The extended ¾” Lock-RivetTM factory head secures metal sheeting over a greater area, compared to ordinary screws which typically have a 7/16” cap. 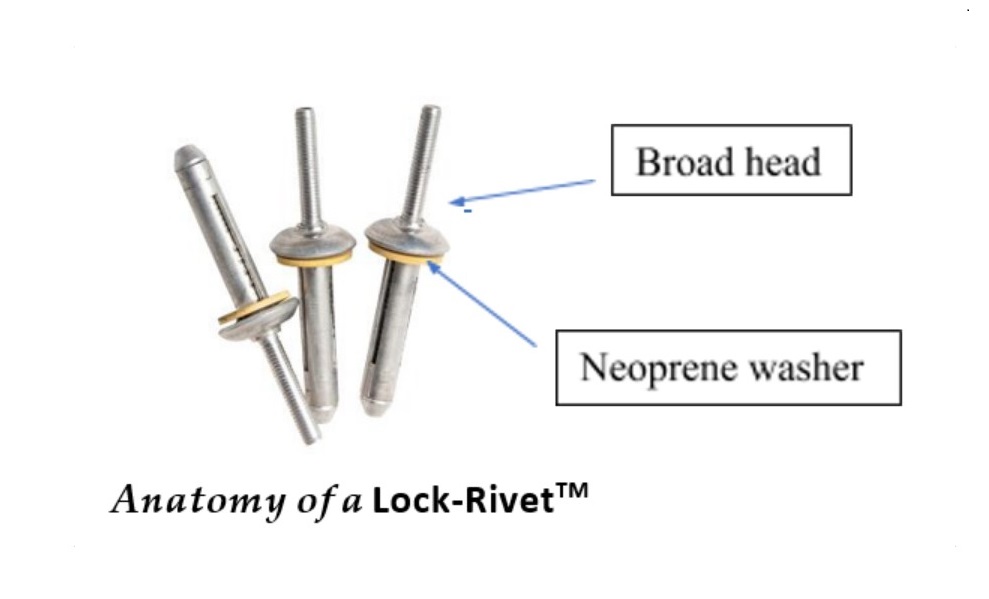 When pulled by a custom rivet tool, the Lock-RivetTM stem breaks off when it reaches optimum tension. One of the most common installation mistakes is overtightened screws which damage rubber seals, creating vulnerability points in the roofing system. The Lock-RivetTM installation process prevents the sealing washer from “spinning-out” due to overtightening. These high performing fasteners significantly reduce roof maintenance and extend the life of your roofing investment.

The life cycle of a roof involves expansion and contraction. Continuous movement can cause screws to literally back out of their holes. But Lock-Rivets remains tight through endless cycles of thermal movement. 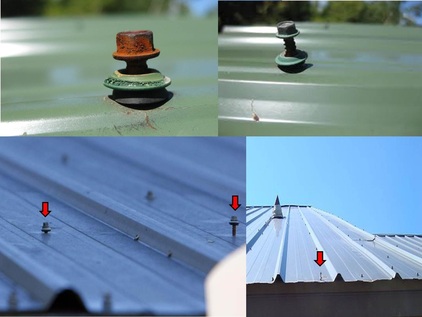 For over 3,000 years, rivets have helped man cross continents in ships and trains. Rivets fasten monuments like the Eiffel Tower and many renowned steel bridges. They helped win major wars, have transformed industries, even bonded spaceships that took us to the moon.